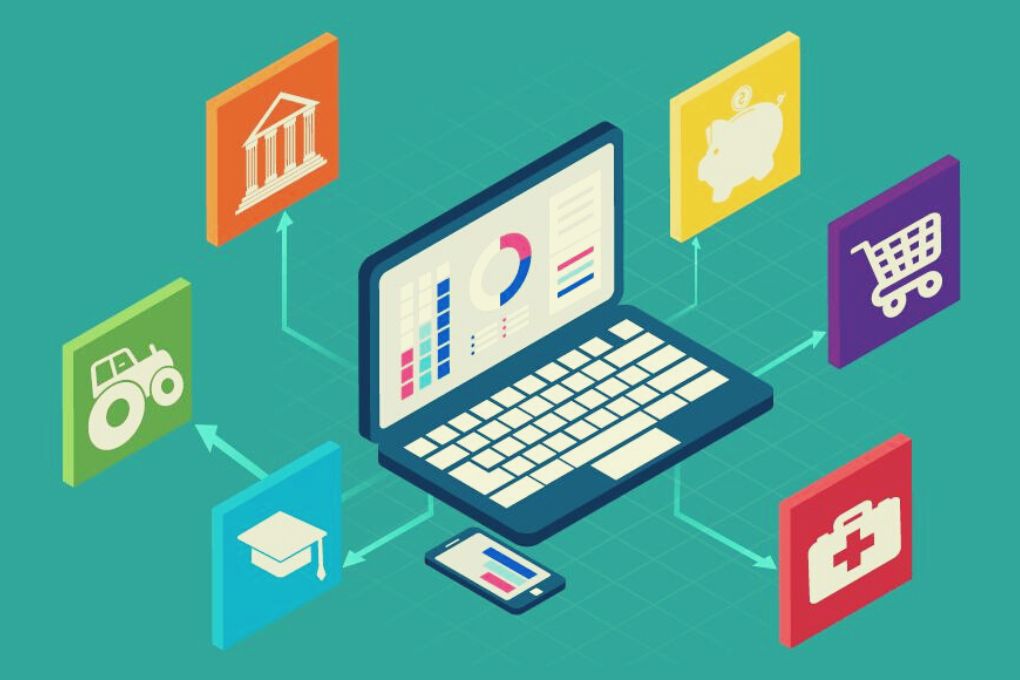 While in the 20th century information technology (IT) was primarily used for automation and optimization, private households and workplaces modernized, computer networks created and software products such as office programs and enterprise resource planning systems introduced, disruptive technologies and innovative business models as well as autonomization, flexibility and individualization in digitization have been in the foreground since the beginning of the 21st century. This has taken a new direction and is leading to the fourth industrial revolution, which in turn is associated with the term Industry 4.0 (also “Enterprise 4.0”).

Digitization has led to various upheavals, starting with the reinterpretation of the concept of goods and works and the simplification of copying and distribution options, through changes in the world of work, to the merging of virtuality and reality.

Entire companies and industries have been transformed. Specialized platforms are crowding out traditional players despite not owning their own equipment, vehicles or real estate. The operators of social networks create little or no content of their own.

The user-generated content is used for analysis, which in turn is used for personalization (also from advertising) is based. With Industry 4.0 and its Smart Factory, unprecedented types of robots and process chains are gaining ground and developments such as the Internet of Things and 3D printing are being promoted.

Digitization is discussed and criticized, and in particular the next stage of development that it enables is controversial in society , business and politics . The area ethics can reflect the moral problems arising from digitization – for example in relation to Industry 4.0 – above all technology, information and business ethics .

Technology and information ethics ask about the gain and loss of personal and informational autonomy and about the dependence of customers on IT and IT companies, the sub-disciplines of business ethics about the responsibility of companies ( corporate ethics) in the use of data and in production processes towards users and employees and in the responsibility of consumers of digital goods and services ( consumer ethics ). Law, medicine, sociology and psychology also deal with the consequences .

The machine ethicsis interested in the possibility of moral machines that obey rules or consider cases and with which certain consequences can be avoided. Against the background that workers and employees are losing their jobs because hardware and software robots can do it cheaper and faster (sometimes better), approaches and concepts such as the robot tax and the unconditional basic income are being considered and factors that are affecting the social Promote justice and social cohesion.

Also Read : Business Startup – 8 Steps To Your Own Company